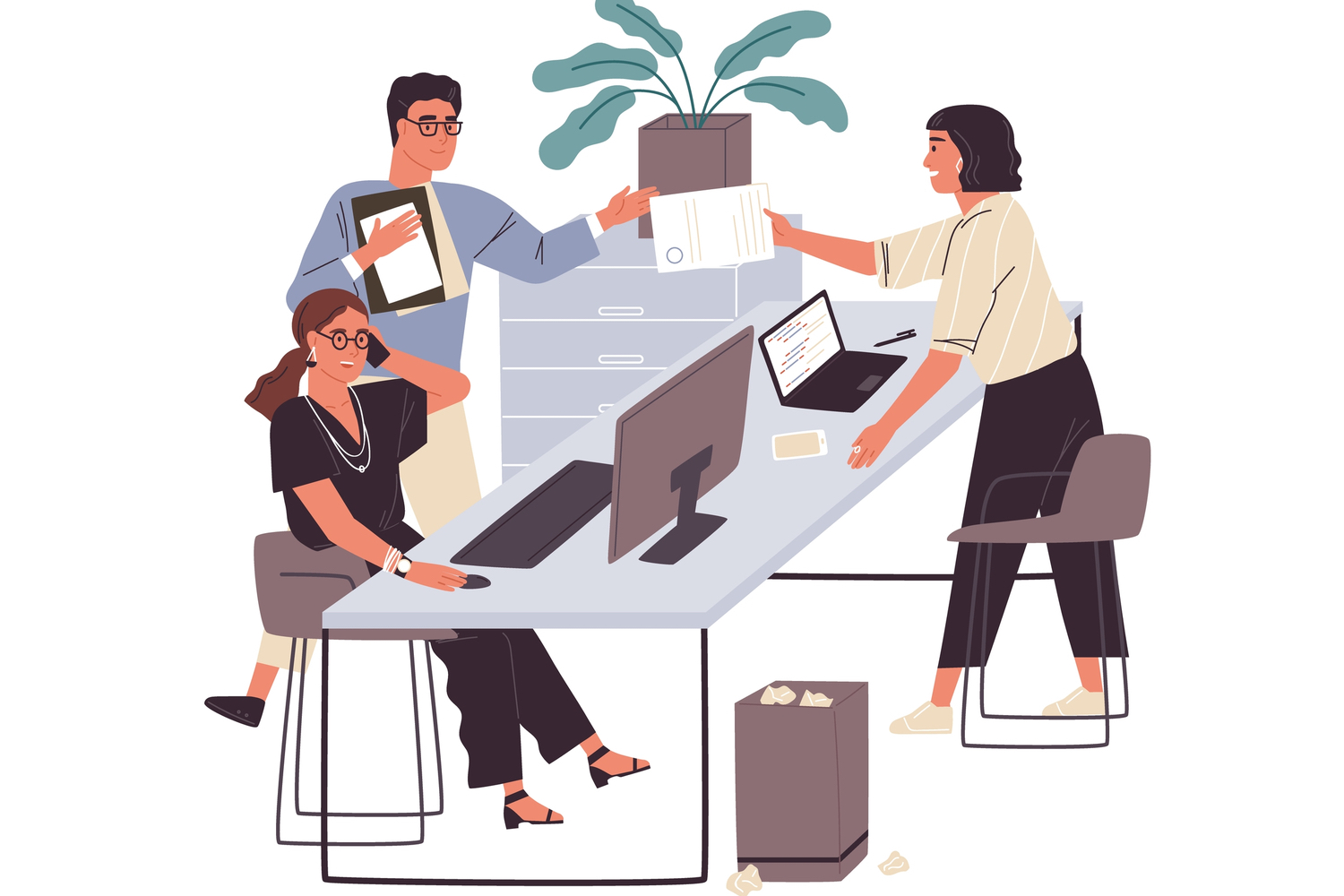 The staff and volunteer team are responsible for the delivery of all our services, together with the day-to-day running of the charity. They are also responsible for implementing the vision and direction by working closely with the Board of Trustees to deliver our aims and public benefits as a charity.

Our staff and volunteers come from diverse communities and backgrounds and bring with them a range of skills and experience. Whilst the majority are living with HIV, which isn’t an essential characteristic, we feel this is a strength that complements our work.

Chris founded Plushealth in January 2018 and developed the project as a volunteer until he was appointed to the role of Service Lead in July 2020. He is currently our only paid member of staff and is responsible for managing the Fast-Track Cites London, Peer Support Project. He is also responsible for the day-to-day management of our charity which is a voluntary role, working closely with the Board of Trustees.

Chris is uncompromisingly passionate about empowering others to live well with HIV. He is an experienced health and treatment advocate, qualified peer mentor and mental health first aider. He has supported people living with or affected by HIV for over a decade in a variety of roles allied to the treatment and care of HIV and mental ill-health.

Since his own diagnosis in 2008 Chris has volunteered for several HIV charities and continues to volunteer with My Community Forum which is hosted by Terrence Higgins Trust. He is a community member of the British HIV Association (BHIVA), National HIV Nurses Association (NHIVNA) and a patient representative with NHS England HIV CRG treatment sub-group.
Contact: chris.williams@plushealth.org.uk

Ana joined Plushealth in May 2021 and volunteers for our National Peer Support Service. Her own HIV diagnosis in 2019 was life changing for Ana, she found herself having to deal with depression and lack a of confidence. Fast forward to 2021, Ana is a community advocate, peer mentor and a visible champion for women living with HIV. Peer support played a vital role to help Ana come to terms with her diagnosis and was a turning point for improving her confidence and emotional wellbeing.

Ana is a member of the UK-CAB (HIV treatment advocates network) and is the community representative with the British HIV Association (BHIVA) pregnancy guidelines writing group. She is also a member of the European AIDS Conference Society (EACS).

Ana describes herself as friendly person, who since a very young age, has been very passionate about caring for others. Increasing HIV awareness and sharing her personal experience as a woman living with HIV is something Ana feels very strongly about.
Follow her on Instagram @herinvisibledifference

David joined Plushealth in May 2021 and volunteers for our National Peer Support Service. David is keen to share his own experiences and knowledge of living well with HIV as his own journey after diagnosis was somewhat difficult. He believes everyone should have the opportunity to talk to someone else who is living with HIV as this was something he found extremely supportive and empowering.

David is a qualified Social Worker and is currently a Child Protection Service Manager. This role brings him into contact with some of the most vulnerable client groups in society, a challenge which he relishes. David has previously worked as a practice educator for students supporting them to embed practice theory into their day-to-day work. He has previously volunteered as a support worker for homeless young adults, supporting them with their housing needs. He has also volunteered his time running a youth group for children 8 to 12 years.

Gabriel joined Plushealth in February 2021 and volunteers for Chelsea and Westminster HIV Clinics peer support service which is a London Fast-Track Cities community project. He has been supporting people living with HIV since his own diagnosis in 2015.

Gabriel’s focus is to make a difference in someone else's life and to support the wider community of people living with HIV. He is an experienced peer mentor and mental health first aider having volunteered with other HIV support organisations in a variety of roles since 2016. He has adapted his skills to deliver effective peer support online and is a great fit with Plushealth as an online peer support platform. He is currently studying Level 3 Counselling Skills Qualification which is a natural progression from the experience and knowledge acquired whilst supporting others living with HIV.

Jon trained as a peer mentor with Positively UK in April 2019 and provided in person peer support at the Kobler Clinic which is part of the Chelsea & Westminster NHS Foundation Trust Hospital. Jon is passionate about empowering and supporting others to live their best life possible with HIV. Since his own diagnosis in 2000, Jon has been on a successful treatment journey, and he has taken an active interest in the different medicine regimes he has been prescribed.

Jon enrolled as a clinical trial participant studying the efficacy of the single tablet Biktarvy HIV treatment regimen which ran from 2014 to 2016. Jon has been an active peer mentor with Plushealth since November 2020 and is currently part of the team delivering online peer support to Chelsea and Westminster HIV clinics via the London Fast-Track Cities Initiative project.

Wayne has been involved with Plushealth since the beginning of the project, working closely with Chris Williams to develop and launch our website in July 2018. Wayne has built our website from scratch with each page being coded to provide a bespoke platform for us. Since the launch, Wayne has continually updated the content and developed changes to the look and functionality of the site . More recently he has been involved in developing short, animated videos to highlight specific campaigns for use on social media.

When Chris first approached him in 2018 about web design, the idea of providing peer support online very much appealed to him and wanted to contribute by harnessing his skills as a new web developer. Website design is continually evolving, and Wayne is always researching new methods and ideas to improve the look, feel and functionality of our website.

Jacob joined our team in July 2021 and is on board to help work on the design aspects of Plushealth. Jacob is passionate about helping people and creating a better world however he can. He believes that empathetic and refined design choices can help Plushealth become a go-to hub of support and community for those affected by HIV across the UK.

Outside his volunteer role with Plushealth, Jacob has recently moved to live in the UK. An Australian native, he is searching for work in the design sector, ideally to work on even more projects which allow him to contribute to making the world a better place. He has just graduated with a BA in Industrial and Graphic design and has previously supported charitable work which supports those affected by epilepsy, and cancer. This will be Jacob’s first official role in the UK and is delighted to have the opportunity to help out.

Liz has been volunteering for Plushealth since May 2021 and is responsible for managing social media sites. Liz is passionate about HIV and sexual health awareness, and believes that through sharing knowledge surrounding HIV, we can reduce stigma and help protect and support those affected by HIV.

Alongside volunteering for Plushealth, Liz currently works in London in Anti-Money laundering and risk management and has experience in this field both domestically and in Australia. Liz holds qualifications in financial crime prevention, anti-money laundering and a BSc in Criminology. She has previously volunteered in disability and elderly care homes across Buckinghamshire, organising fundraising events and running therapeutic workshops to improve mental health. Liz has also assisted with organising events to fundraise for various charities supporting those in the UK who have Neurofibromatosis (NF1 and NF2).

Rosie joined our volunteer team in February 2021 and is responsible for creating content and managing our Instagram account. She has a strong background in promoting community causes and has a wealth of experience in the use of social media to support such campaigns. Rosie moved to the UK in 2018 from Asia where she was involved in raising awareness about HIV. Rosie has a keen interest in campaigns that advocate for women's rights and gender equality.

Rosie is currently a charity spokesperson for Nomi Network which is an organisation focusing on the development of employment opportunities and economic stability for women to bring about an end the exploitation trafficking, and modern slavery. Rosie is also a foreign delegate for the Padmanabham Education & Charitable Trust (PECT NGO) in India. She is also an active volunteer in Youmanity and Action Aids UK in London. Rosie has also been involved as the social media spokesperson for Grassroots Youth UK.